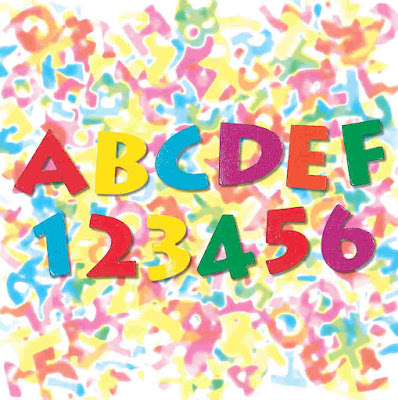 Little in the last ten thousand years has altered our mental lives as much as the creation of reading, writing and arithmetic. These developments sprang directly out of the first agrarian revolution, which about 10,000 years ago began to transform humankind from hunter-gatherer to farmer. The adoption of crop cultivation techniques and the domestication of animals led to major social changes. These included denser populations, hierarchical societies with ecclesiastics in the top echelons, and the development of non-agricultural crafts.

Of particular importance to this discussion is that early economic surpluses spurred the creation of barter and trade. This is significant because business requires accounts, and the need for accurate accounts led to the creation of reading, writing and arithmetic. Here’s how that happened.

In an interesting but challenging paper, four academics dispute the common notion that you need to read, write and do math to create an accounting system. In their lengthy article, they note that the Sumerians “had developed a prehistoric form of accounting, complete with debits and credits, to track physical flows of goods and social obligations to pay for them. By 3500 BC, before people knew how to read, write or count, they were making kiln-fired tokens that represented resources such as cows, goats and wheat.”

Each token was an account representing an asset – a cow, for example. One cow-token equaled one cow. When five cow-tokens were deposited in a clay urn, the urn served as a crude balance sheet. Just before the tokens were dropped into the urn, they were pressed on their soft, clay surface. The visible impressions that were left identified the owner of the cows and thus were an early example of disclosure. According to Thornton and his colleagues, “This accounting system relied on a one-to-one correspondence between the accounting sign and the physical/social referent that it tracked. Such a correspondence was necessary because counting, as we now know it, had not been invented.” Neither had writing or reading.

Some technology historians take this argument further. In effect, they suggest, accounting led to the creation of the literacy and numeracy that became foundation stones of later civilizations. According to one noted thinker, Jared Diamond, “The independent invention that we can trace in greatest detail is history’s oldest writing system, Sumerian cuneiform....In the last centuries before 3000 B.C., developments in accounting technology, format, and signs rapidly led to the first system of writing.” Thus, the creation of wealth (grain, livestock) in antiquity’s Fertile Crescent led to accounting, which in turn led to the development of writing and arithmetic. The earliest known texts are inventories – in this instance, lists of livestock and agricultural equipment. These come from the city of Uruk, Babylonia, and are dated about 3100 BC.

All of the alphabets that originated in western Eurasia descended from cuneiform. And even after religious and secular literature began to develop, accounting remained a far more important use of the technology. The same was true, but more so, for the use of numbers.

The written word is now considered a sacred gift in many societies and many religions. Yet in the beginning, it was entirely associated with vulgar commerce. For example, after Buddha died his words were considered too sacred to entrust to writing, which was a tool of the marketplace. Instead, his early followers used the practice of communal chanting to consign his teachings to memory. It was hundreds of years before the religious changed their attitudes to writing, and his thoughts were transcribed as written texts.

Few inventions since civilization began have transformed the operations of our minds more thoroughly than writing, reading and mathematics. And accounting was the source of all three. For many, the idea that accountants taught us how to read and write is the gist and substance of an early accountant joke.

Posted by Peter McKenzie-Brown at 7:48 pm

Thank you for the history of the 3 r's reading, wRiting and ARithmetic. Very good information for research.