Buy When it Snows, Sell When it Goes 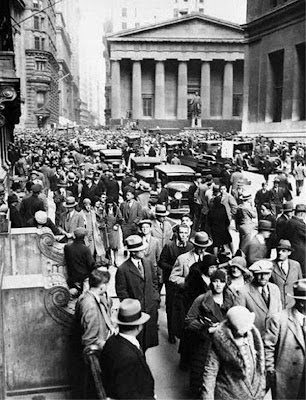 There is a phenomenon in stock market investment  known as "seasonality." In Canada we sometimes summarize it with the epithet "Buy when it snows, sell when it goes." More commonly, investors say to "Sell (stocks) in May, and stay away." This strange cycle - essentially, it means that stocks don't do well in the northern summer - has been studied quite a bit, and many use it as an investment strategy. Here, for example, is an article from Canada's Globe and Mail newspaper.

According to the simplistic version of the strategy, you should own stocks only between Halloween and, say, mid-May. For the rest of the year, you should store your cash in a sock under the mattress or, better, in a money market fund. Here is a brief explanation.

Yale Hirsch dramatically illustrated the seasonal approach in the 1996 Stock Trader’s Almanac. In his article, he hypothesized an investor who placed $10,000 in the Standard & Poor’s 500 index during the period November through April, but left it in cash for the rest of the year. Between 1950 and 1994, her investment would have compounded to $173,788. On the other hand, if she had invested only from May through October, her nest egg would have grown to a mere $15,285. A more recent explanation of the phenomenon comes from Canada's Globe and Mail newspaper.

To improve upon Vakkur’s strategy, you might want to take advantage of the seasonality of energy stocks.

In a study of the period 1980 to 2001, George Vasic of UBS Warburg found that North American energy stocks gained between 8.8 percent and 10.1 percent during the three-month period March through May. Thus, if you had put $10,000 to work in energies during those months only, at the end of the 22-year period your investment would have been worth about $65,000. If the same pattern were to continue for 47 years (the length of time covered by Vakkur’s study of the S&P), the value of your investment would climb to more than half a million dollars. Yet it would only have been at work three months of the year.

Stock market seasonality is not a North American phenomenon, by any means. A recent report from McLean and Partners observes that


Research conducted in 37 markets by Bouman of Aegon Asset Management and Jacobsen of Erasmus University Business School Rotterdam, reviewed performance data covering a thirty-year period and found that the ‘May’ effect is particularly strong and highly significant in some of the European countries and also found it to be robust over time. In the UK, the researchers found that the Sell-in-May effect dated back to 1694. They found that this phenomenon was true in 36 of 37 developed and emerging markets studied in the sample. In the US, the same researchers found that the effect does not manifest itself as strongly in the general market index, but it is strong in several individual sectors. For example, the effect is almost absent in sectors relating to consumer consumption and utilities but very strong in the production, construction and real estate sectors.


By the way, the photo shows dazed investors on Wall Street on Black Monday, October 29, 1929. That is the date of America's most famous one-day stock market crash, and it was the day the Great Depression began. In the first few hours of trading, all the gains of the previous year were wiped out.

But think about it. If any investors of the period had been using something like Yale Hirsch's strategy, they would have been out of the market that day, waiting until November to get back in.

Posted by Peter McKenzie-Brown at 5:56 pm

the influence of earnings reports is a matter of timeliness too