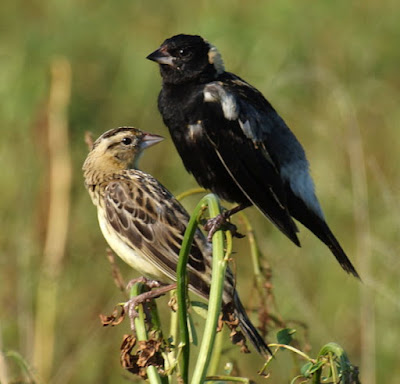 Click on these links for my article This is for the Birds, and my Preliminary Life List.

Saw nothing on my Christmas bird count this year, and added nothing new on my life list . However, lots of great ventures around southern Alberta on the hunt! Stock photo above is a pair of Bobolinks.


Posted by Peter McKenzie-Brown at 2:14 pm

Nice, still can get Snowy Owl by year end.