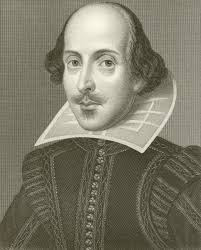 By Peter McKenzie-Brown
“Let not men say ‘These are their reasons; they are natural;’ for, I believe, they are portentous things unto the climate that they point upon.” – William Shakespeare

But it was so odd. The polite behaviour of Canadians is well-known. Even more so, however, is the science of climate change, which goes back two centuries. As the industrial revolution charged on, in the early 19th century, science began to speculate on ice ages and other natural changes in paleoclimate. The science of those days also began speculating on the possibility of a natural greenhouse effect.
For non-Canadian readers, it is worth putting the western province I live in, Alberta, into context. About the size of Texas, but with one sixth the population, this province is a big natural gas producer and an important supplier to North American markets of various grades of crude oil. More importantly, it also hosts the Athabasca oil sands – the largest known reservoir of crude bitumen (an ultra-heavy oil) – on the planet. In addition, we have huge bitumen deposits at Peace River and Cold Lake – a field that borders the more easterly province of Saskatchewan. Given these realities, you could say that these two oil-producing provinces have skin in the petroleum game. After all, since 1930 the western provinces have been the owners of most of the country’s vast natural resources. After serious volumes of oil production began in 1947, those governments have been taking in substantial royalties during the good times. Especially in good times, when oil prices are high, provincial coffers are full. This has become an addiction.
“Climate change is a serious threat to development everywhere,” said Rajendra Pachauri, who served as chair of a 2007 United Nations conference on the topic in the Pacific island paradise of Bali. As he released technical reports prepared by the latest report of the UN’s Intergovernmental Panel on Climate Change. He said – I take this from a magazine article I wrote at the time – “today, the time for doubt has passed. (We have) unequivocally affirmed the warming of our climate system, and linked it directly to human activity.”
To make sure there was no doubting his message, he added that “slowing or even reversing the existing trend of global warming is the defining challenge of our age.” According to Pachauri, global warming would lead to melting icecaps and rising sea levels, the drowning of some island nations, the extinction of species, desertification of tropical forests and more frequent and deadlier storms. The world’s media soon became focused as never before on greenhouse gases (GHG) – the emissions (mainly carbon dioxide and methane) causing Earth to warm and its climates to change.
The occasion was a United Nations conference meant to negotiate national targets for reducing greenhouse gases. The US, Canada, and Japan became villains in the piece as they argued that the targets of the 1997 Kyoto Protocol were unrealistic. To live up to that agreement would have required Canada, for example, to cut its GHG emissions by perhaps 50 per cent during the next twelve years.
The three villains complained that Kyoto required nothing from emerging economies like China and India, which were big polluters even in those days. They and others also observed that, at the time of the original Kyoto discussions, science had little understanding of the impact on global warming of tropical deforestation. Deforestation amounts to destruction of some of the vital CO2 reservoirs often called “carbon sinks.” Factor in the loss of sinks from rainforest destruction, and Brazil and Indonesia become the world’s third- and fourth-largest GHG emitters.
At the beginning of these comments, I quoted Shakespeare’s famous passage on climate change from Julius Caesar. There are no trolls in that great historical play, but before he spoke – and before Caesar’s assassination – Casca spoke of signs he has seen I encountered on that memorable evening that gave him pause. “all the sway of earth shakes like a thing unfirm,” he reported. “I have seen tempests, when the scolding winds have rived the knotty oaks, and I have seen the ambitious ocean swell and rage and foam, to be exalted with the threatening clouds.” 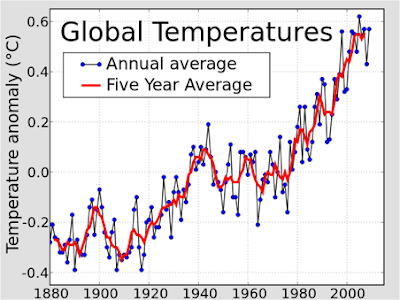 He continued, “but never till to-night, never till now, did I go through a tempest dropping fire. Either there is a civil strife in heaven, or else the world, too saucy with the gods, incenses them to send destruction.” If that weren’t enough, he saw a common slave hold “up his left hand, which did flame and burn like twenty torches join'd, and yet his hand, not sensible of fire, remain'd unscorch'd.”
For another minute or so, he continues in this vein, describing unworldly horrors he has seen in the streets of Rome. “They are portentous things unto the climate that they point upon,” he concludes. Today, more than ever: think wildfires in many parts of the world; record flooding in many parts of the world; and, according to many reports, heat records.

Posted by Peter McKenzie-Brown at 12:58 pm

His other books include Bitumen: The people, performance and passions behined Alberta's oil sands; Footprints: The Evolution of Land Conservation and Reclamation in Alberta (2016, with Robert Bott and Graham Chandler); Barbecues, Booms and Blogs: Fifty Years of Public Relations in Calgary (2008; co-editor and contributor); In Balance: An Account of Alberta’s CA Profession (2000, with Stacy Philips); The Richness of Discovery: Amoco’s First Fifty Years in Canada (1998); and The Great Oil Age: The Petroleum Industry in Canada (1993, with Gordon Jaremko and David Finch.)

Prior to serving as coordinator and an interviewer for the Petroleum History Society’s Oil Sands Oral History Project, he was a recipient of that society’s Lifetime Achievement award. Two of his books - Footprints: The Evolution of Land Conservation and Reclamation in Alberta (with Robert Bott and Graham Chandler) and Bitumen: The People, Performance and Passions behind Alberta's Oil Sands - have also received that award.