The Gift of Tongues and The Written Word 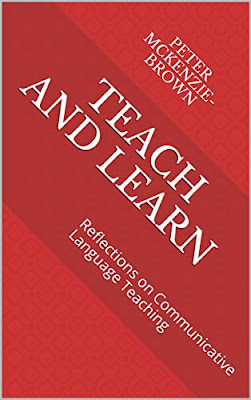 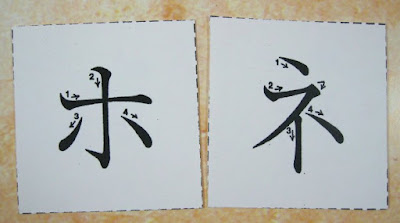 In the beginning, there were only two language skills: listening and speaking. Language began as an aural/oral process. It has always been associated with visual cues, however (consider the pervasive importance of body language in human encounters}, and those visual cues eventually led to the language skills of reading and writing.

In the West, that process began in ancient Sumer, about 3500 BCE. Oddly enough, reading, writing and arithmetic developed out of early accounting systems, rather than the other way around. Reading and writing extended language in quite an extraordinary way. From a function restricted to ear and mouth, they turned it into one that can also be conveyed by eye and hand.

The gradual development of widespread literacy led to many changes in the human condition. Most notably, it liberated language from the immediacy of the spoken word. Both reading and writing require more time than the aural-oral skills, and they tend to encourage thought. The following lists compare spoken and written language, with item #1 in the first group mirroring item #1 in the second group, and so on.


1. Reading texts tend to be organized, formal and stylized.
2. Alphabets and ideographic-style writing systems (think Chinese writing) vary greatly in complexity and approach.
3. English orthography (spelling) is highly idiosyncratic.
4. Meaning is enhanced through punctuation and writing style.
5. Writers have time for corrections; readers can puzzle out meaning.
6. Learning to read and write requires conscious effort.
7. The printed word is documentation.

To read and write, we need six things. In the balance of this commentary, I will review them, and consider their implications for the English teacher.

The Roman Alphabet: English-language learners need to recognize the letters of the Roman (also called the Latin) alphabet. It is very difficult to understate the impact of this hoary old alphabet on western civilization. According to some theorists, this alphabet uses so few letters to represent words that it helped Westerners become highly analytical, and thus had a huge impact on the western mind and outlook.

The Roman alphabet is the dominant writing system in most of the world. The primary alternatives are the Cyrillic alphabet (used in the former Soviet Union), the Arabic alphabet, the Brahmic alphabets of India and parts of Southeast Asia, and the ideographic systems of China, Korea and Japan. The latter are not alphabets.

Phonics: Also known as the phonetic method, this is a system of teaching children to read. It is commonly used to teach young learners to read in their mother tongue. In this system learners are taught the sounds which the letters represent, and then try to build up the sound of a new or unfamiliar word by saying it one sound at a time.

Phonics can be used for older learners that use either ideographic or non-Latin alphabets. The main difference is that older learners have probably already learned their own writing system, so they will bring to the learning process strategies based on that experience. A useful embellishment on phonics is to have the students spell words out loud as they encounter them in writing. Thus, “ant” is “ay en tee.” This helps develop the students’ ability to remember and recognize the word.

Handwriting and Keyboards: Remember that the printed word is essentially speech produced through our hands. Until recently, the normal progression of things was that we would first learn to write, then move on to cursive writing (rounded script). In recent years, however, cursive has been given short shrift in the West, as youngsters increasingly used keyboards.

Does this matter? According to one observer,


The loss of handwriting … may be a cognitive opportunity missed. The neurological process that directs thought, through fingers, into written symbols is a highly sophisticated one. Several academic studies have found that good handwriting skills at a young age can help children express their thoughts better


Whatever the case, most teachers in Western countries do not spend a great deal of time on cursive writing. EFL teachers are less likely to spend time with their students working on it, except in unusual circumstances. In most cases, to be able to print in English is enough.

It is essential that English-language learners acquire as soon as possible the ability to recognize and produce written words. And since the computer is not going to go away, it is often useful (it depends on class assessment and the nature of the assignment) to insist on typewritten work.

Orthography: Orthography is the fancy work for spelling, and English spelling is more irregular than any other on the planet. As the table below illustrates, the letter combination “ou” can be pronounced in eleven ways, while we can create the “long e” sound with eleven different spellings.
Letters “ou”


When you teach vocabulary, it is critical that you point out irregular spellings. Because of the oddities of accepted English spelling (think “straight” and “protégé”), it is often quite difficult for students – especially those who speak non-European languages – to develop quick word recognition. This requires frequent practice. However, as the following passage illustrates, native speakers with sophisticated language skills can recognize words with great efficiency.


The phaomnneil pweor of the hmuan mnid
Aoccdrnig to rsreeach at Cmabrigde Uinervtisy, it deosn't mttaer in waht oredr the ltteers in a wrod are, the olny iprmoetnt tihng is taht the frist and lsat ltteer be at the rghit pclae. The rset can be a total mses and you can sitll raed it wouthit porbelm. Tihs is bcuseae the huamn mnid deos not raed ervey lteter by istlef, but the wrod as a wlohe. Asbouellty amzanig huh?


Punctuation: What stress and pronunciation do to the melody and rhythm of speech, punctuation does for the written word. Punctuation skills are to reading and writing what phonology is to listening and speaking.

English punctuation is highly sophisticated, and it is difficult to teach. However, consistently and from the beginning you should stress the basics: capitalize the first letter in a sentence, the pronoun “I” and proper names; put a full stop at the end of every sentence; indent paragraphs. The more sophisticated functions (commas, semicolons, colons, dashes, writing schema and so on) come much later.

Inflections and sentence structure: Good writing requires good grammar. In spoken English, fluency is mostly more important than accuracy. In written English, the opposite is true. Good writing requires good grammar. Because readers have time to study and analyse written English, they are more aware of errors in inflection (he walks, he walked), and other features of language structures than when they are in aural/oral mode. The same applies to spelling. Also, grammatically correct structures enable readers to identify parts of speech, and this aids them in their understanding.

A brilliant illustration of the importance of structure in written English can be found in Lewis Carrol’s famous nonsense rhyme, “Jabberwocky.” The story begins,


Twas brillig, and the slithy toves/ Did gyre and gimble in the wabe;
All mimsy were the borogoves,/ And the mome raths outgrabe.


In this poem, all of the content words are meaningless. Yet because Carrol’s grammatical structure is flawless, we have no trouble identifying the parts of speech and the inflections of these nonsense words.

“Toves,” “borogoves” and “raths,” for example, are all plural nouns. The other nonsense words are either adjectives or verbs; indeed, "outgrabe" is clearly an irregular verb in the simple past tense. The one ambiguity in this stanza is the word “brillig”. We don’t know whether it is an adjective or a noun, but in terms of sentence structure it is clearly a complement.

Because of the importance of structure in the written word, when you teach writing you must stress strategies – pre-writing activities, revision, dictionary use, spell-checking and peer review, for example – to help students get their work up to an acceptable standard. You must also, of course, let them know what that standard is.

Posted by Peter McKenzie-Brown at 11:06 pm